For the first time ever, the Anime vertical at Fandom is here to say hello!

Now that we have a full team, we are actively assigning Wiki Managers and Content Team Members to the top Anime Wikis. If you need assistance on your anime wiki, please reach out on the official Fandom Discord through the “Anime” channel!

We are kicking off the holiday season with ten of our favorite ghoulish and sweet themed anime communities for some tricks and treats! The following wikis are some of our Anime team’s favorites! We selected a range of wikis to participate in this giveaway, from a spooky story about the rise of Ghouls in the heart of Tokyo to the adorable Vocaloid, Miku Hatsune, who has won the hearts of millions. Take some time to check out these communities before entering our giveaway!

Click the photos below to go the respective wikis! 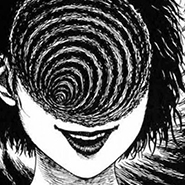 "Uzumaki (うずまき, lit. Spiral) is a horror manga written and illustrated by Junji Ito, and serialized in Shogakukan's Big Comic Spirits. The story concerns the inhabitants of the small Japanese town of Kurôzu-cho that seems to be cursed by supernatural events surrounding spirals. Many people become obsessed or paranoid about spiral shapes, which starts resulting in several gruesome deaths." 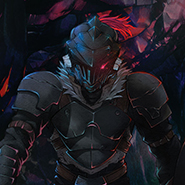 "In a world of fantasy, adventurers come far and wide to join the Guild, in order to complete contracts for whatever jobs are available. An inexperienced priestess joins her first adventuring party but comes into danger after her first adventurer contract involving goblins went wrong. After the rest of her party is slaughtered, she is saved by a man known as Goblin Slayer, an adventurer whose only purpose is the eradication of goblins with extreme prejudice." 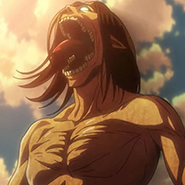 "That day, the human race remembered the terror of being dominated by them, and the shame of being held captive in a birdcage..." — "Over 100 years ago, a natural predator of humanity appeared: the Titans, giant humanoid but mindless monsters whose sole purpose of existence seemed to be to devour humans. There was an insurmountable gap in power between them and mankind, and as a result, humanity was rapidly exterminated to the brink of extinction." 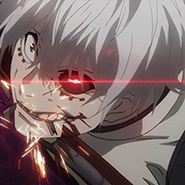 "Strange murders are happening in Tokyo. Due to liquid evidence at the scene, the police conclude the attacks are the results of 'eater' type ghouls. College buddies Kaneki and Hide come up with the idea that ghouls are imitating humans so that's why they haven't ever seen one. Little did they know that their theory may very well become reality." 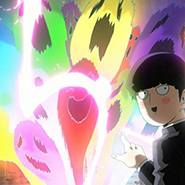 "Mob Psycho 100 is the story about a young middle schooler, Shigeo Kageyama, nicknamed "Mob" living in Seasoning City. Ever since he was young, he has had astounding psychic powers. However, this esper power is unable to grant him the one thing he wishes for the most: to be friends with the girl he likes in his class." 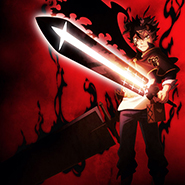 "The story follows Asta and Yuno as they crawl their way up the ladder of the Clover Kingdom's Order of the Magic Knights, in the midst of scrutiny by the nobles, to become the Magic Emperor. However, the title is only preserved for a single mage. Who will attain the coveted title of the strongest mage in the kingdom, Asta or Yuno?"
Add a photo to this gallery 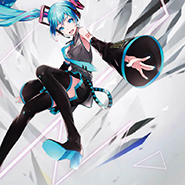 "This wiki is dedicated to exchanging information about the VOCALOID™ program and sharing the passion of the music produced with it. We try to appeal to all fans, both old and new, and we do not discriminate against any VOCALOID because its language, design, or even its voice. We acknowledge that not everyone shares the same taste and that the reasons for liking VOCALOID are varied." 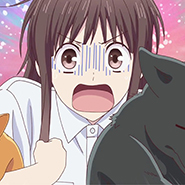 "The Sohmas live with a curse. Twelve members of the family (not including Kyo, who is the cat) are possessed by spirits of the Chinese Zodiac and turn into their zodiac animal when they are weak, under stress, embarrassed, or when hugged by someone of the opposite sex." 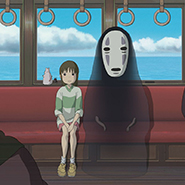 "Studio Ghibli Wiki introduces all works of Studio Ghibli: Films, music clips, books and games. Characters and creatures can also be found here. The studio is best known for its animated feature films, such as Princess Mononoke, Spirited Away and Howl's Moving Castle. The films exemplify the master story telling of environmentalism, friendship, love, family, culture, war, and all sorts of human emotions. Exist within films include folklore based on Japanese culture." 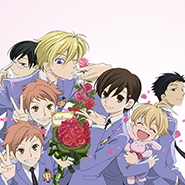 "Ouran Academy is an elite upper school catering to the ultra-rich. Haruhi Fujioka is a middle-class scholarship student, a rarity at the school. While searching for a quiet place to study, she stumbles upon an unused music room which turns out to be the club room for the school's Host Club — a group of idle rich boys, possessing exceptional good-looks, who entertain female clients. It then becomes clear that something isn't quite as it seems..."
Add a photo to this gallery

To enter, visit one of the participating wikis above, and click on the sweepstakes banner on the main page. Only two lucky participants will be chosen.

May your demons be with you!

Please review the rules before entering to ensure you qualify.

Zoe is the Anime Community Manager at Fandom. Before her role within the company, she spent several years in the gaming industry working with titles such as ARK: Survival Evolved, PUBG and various other small indie titles. On the weekend, you can usually find Zoe playing tabletop games with friends or exploring the latest game releases on Twitch.
View Profile
Want to stay up to date on the latest feature releases and news from Fandom?
Click here to follow the Fandom staff blog.


Would you like insights on wiki building and usability?
Read through our Best Practices guides for keeping your community growing and healthy.
Want to get real-time access to fellow editors and staff?
Join our Official Discord server for registered editors!
Retrieved from "https://community.fandom.com/wiki/User_blog:ZoeCatfu/Anime_Trick_or_Treat_Giveaway?oldid=2915018"
Community content is available under CC-BY-SA unless otherwise noted.