We call this series "Guided Tour", and in honor of Halloween it's all about Horror Games.

Horror games have been around a lot longer than Resident Evil, but if there’s one title that almost single-handedly popularized the genre, it’s RE. Released in 1996 by Capcom, Resident Evil was a massive hit that was responsible for the term “Survival Horror”. While the term is frequently used interchangeably with “Horror Game” now, there is a difference between the two. 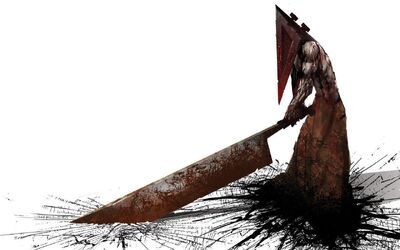 Mid-late 90s games like the original Resident Evil, Fatal Frame, and Silent Hill are all great examples of Survival Horror. These games make the player vulnerable and weak compared to the supernatural forces they’re fighting against. They also limit the player’s resources, ammo, health etc, which adds the signature “survival” tension; cavalier play will get you killed, making every decision important. Waste too many bullets or too many health items and you’ll be in trouble later.

From the early 2000s and on, Horror Games began to break from the template Resident Evil had popularized, including Reseident Evil itself. F.E.A.R, Condemned, and Left 4 Dead all found success bringing Horror to the First Person perspective, while games like the original Dead Space and Resident Evil 4 began to focus on making combat less clunky, by implementing smoother controls and player movement.

Unlike Survival Horror, more recent Horror Games like Resident Evil 5 & 6, Dead Space 3, and F.E.A.R 3 have taken a more action oriented approach, trading vulenerability and puzzles for action heroes and jump scares. While this decision has disappointed some people, Silent Hill Wikia Admin AlexSheppard says “Don't feel peer pressure to like or hate a certain installment, or to be a "true" fan. Just live and let live.” Excellent advice.

Recent outliers like the bizarre, Twin Peaks-inspired Deadly Premonition, supernatural FPSes S.T.A.L.K.E.R and Metro, and even Demon’s Souls/Dark Souls, all offer very different experiences that can be classified as horror. Indie developers have also found success in the genre, with games like Amnesia and Slenderman building loyal audiences. Telltale’s The Walking Dead is another fantastic example, as the game mixes the fear of the zombie apocalypse with the emotional impact of attempting to protect and nurture a young girl against impossible odds.

Just like Horror movies, not everyone is scared by the same stuff, and that idea is reflected in the vast variety of Horror games out there. Given how diverse and widespread the genre can be, it's probably a good idea we get some tips from our panel of Horror Game experts:

My name is AlessaGillespie, and I admin on both the F.E.A.R. and Silent Hill wikis. I began editing on Silent Hill in April of 2009. I'm a HUGE fan of the first Silent Hill movie and wanted to help the Wiki by adding information on the film, which the Wiki largely lacked at the time. My fandom of the movie is what got me into the series in the first place, I saw the film in theaters 4 times and loved it enough to start playing the games. For me, Silent Hill has a deep and symbolic storyline, one that can be thought about and turned over in the mind for hours on end. I also appreciate how the game's characters are both villainous and sympathetic all at the same time.

What makes the horror genre so great is the potential to create deep, meaningful stories, full of symbolism and irony, which can be just as emotional as they are scary. Horror games are often much more than just a bunch of jump scares; they frequently have large stories with nuanced characters. The villains in horror games, particularly in the Silent Hill and F.E.A.R. series, are both horrific and pitiful at the same time; multi-faceted creatures and characters born of the poor choices of others.

These characters and their stories both repulse and compel players at the same time, and make it difficult to want to end the game. Not only do players get the rush of being frightened by the creatures and horror presented to them in these games, they also get to embroil themselves in deep stories with many sides and meanings. 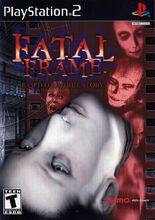 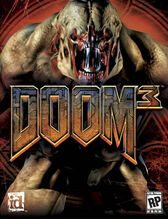 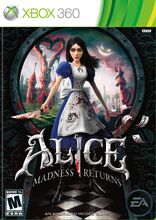 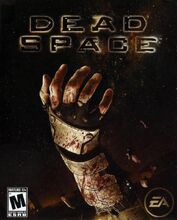 My name is Alex and I've been editing Silent Hill Wiki since 2009. I grew up with a lot of horror video games in the 90s, such as Resident Evil, Silent Hill, Parasite Eve, Dino Crisis and Alone in the Dark.

I love the horror video game genre for a lot of reasons. Compared to horror movies, I feel they're a lot more immersive, whether by choosing your protagonist's decisions in real time (whereas you can't in a movie), or feeling their heartbeat in your hands through the controller vibrating.

Horror games allow a lot of room for mature, engaging, provocative stories that deal with stressful and traumatic emotions, and unlike other genres, they explore and investigate the darker side of humanity. One of my favorite games, Silent Hill 2, has characters dealing with traumatic issues, like a man who was bullied because he was overweight, and a woman with a sexually abusive past. Horror games work a lot better when you can sympathize with and relate to the characters, as it makes you care about what happens to them. Of course, not all horror games need to have deep stories, such as Slender, but it is a great bonus.

I also love how unpredictable Horror Games can be. Horror, fear, and terror rely on dread and atmosphere, and I feel that blending Horror with surrealism works very well. Silent Hill and Rule of Rose feature labyrinths full of crazy stuff and bizarre characters. The Playstation 2 game Rule of Rose is particularly surreal, one of my favorite moments takes place during the "Mermaid Princess" chapter, you enter an area and there's suddenly flying fish skeletons swimming in the air.

If you love being thrilled or shocked, or want a sense of adventure, horror gaming may be for you. 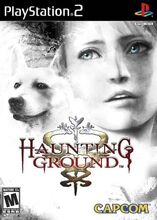 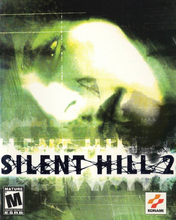 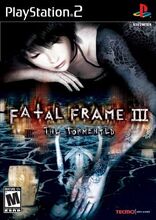 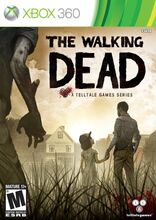 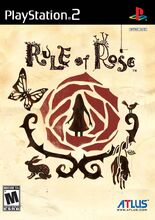 I'm Brad, I go by the name Riley Heligo on Wikia. I've been editing Wikis since around 2008 with Silent Hill and Resident Evil being two of my main Wikis.

Compared to horror movies, I prefer horror games as you can usually make your own decisions and alter the outcome which, unlike movies, gives you more control over your experience.

Horror games allow the player to "grow up" with the character. Characters in horror games are usually ignorant of what’s happening, or are fearful of what to do, and this helps ensure that the player is as well. Being able to influence the story is also a big plus, and helps immerse you into the world.

Silent Hill 2 is a good example of how much characters matter; most of the cast has to cope with their personal traumas during the course of the game. Some of the characters include Eddie, who has dealt with bullying throughout most of his life due to his weight, and Angela, who must deal with a history of sexual abuse.

Generally horror games work best with a good atmosphere. While I'm not exactly scared easily, there were some intervals where I'd actually have to stop and think "Do I feel ready for this?" or "Do I have the stuff I need?". I rarely get those feelings in other games as I generally plan ahead, but because horror games are unpredictable and limit your resources, it adds to the tension and scariness.

Recent horror games have become a little more difficult to be scared by as they lean too heavily on action and forget about the atmosphere. This isn’t to say that a good Horror game can’t have action though, the first two F.E.A.R. games did a great job of blending action and scariness. I'd honestly recommend some of the older horror games as opposed to the newer ones, as I feel that 1996-2006 was honestly the best spot for Horror Gaming. 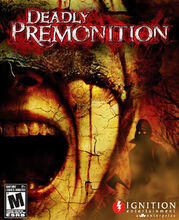 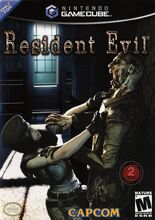 Want to read more about Horror Games? All of our experts provided a number of links to help you discover magical new worlds. As always, they recommend you reach out to them via their message wall, wiki chat, or talk page if you have any questions. Here's the syllabus!

Got any questions about YA fantasy or a favorite franchise to recommend? Leave a comment below!


Would you like insights on wiki building and usability?
Read through our Best Practices guides for keeping your community growing and healthy.
Want to get real-time access to fellow editors and staff?
Join our Official Discord server for registered editors!
Retrieved from "https://community.fandom.com/wiki/User_blog:Pseudobread/Guided_Tour:_Horror_Games?oldid=1253006"
Community content is available under CC-BY-SA unless otherwise noted.