As promised, here is a rundown of all the bugs smashed in the second week of our pause to address quality of life bugs while the Design team iterated through all the great feedback we've received about the UCX preview at Community Connect. That public preview I promised? It was posted last night. Say hello to FandomDesktop!

This week, the following bugs were fixed: 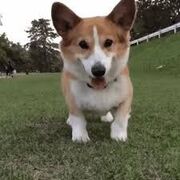 So that's the second week of bug squashing. Our teams are getting back to work on delivering FandomDesktop to you for hands on experience later this spring (northern hemisphere, since all of our offices are up here). As part of development sprints going forward, more developer capacity will be set aside for handling quality of life bugs like the 206 we squashed in this single sprint. We have a backlog to churn through and will do so as we deliver new things to you.

From all of us in Will's home office: I'm Will, signing off. Have a great weekend, everybody!


Would you like insights on wiki building and usability?
Read through our Best Practices guides for keeping your community growing and healthy.
Want to get real-time access to fellow editors and staff?
Join our Official Discord server for registered editors!
Retrieved from "https://community.fandom.com/wiki/User_blog:MisterWoodhouse/Bug_Squashing_Week_2_Roundup?oldid=3412050"
Community content is available under CC-BY-SA unless otherwise noted.
FandomShop Newsletter Paramount+