We're calling the series "Guided Tour," and our first topic is Zombies. 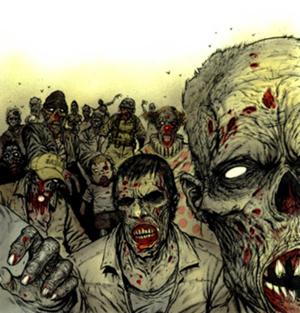 Basic zombies -- undead, re-animated creatures -- have been around for a long while, the earliest iterations harkening as far back as Norse Mythology and the Epic of Gilgamesh. Many even see voodoo as a natural step in the evolution of the idea of the zombie, and one of the first places where the specific term "zombie" was used. That said, the modern zombie -- the version we're most concerned with here -- was conceived by George A. Romero in his 1968 film Night of the Living Dead, where he "bred the zombie with the vampire," achieving "the hybrid vigour of a ghastly plague monster."

Since then, there has been widespread fascination with zombies. Countless stories, across a variety of media (from books, to video games, to films) have been developed in the wake of Romero's "Night of the Living Dead," each one putting its own spin on the undead formula.

Philodox from Zombiepedia, a comprehensive resource about all things zombies, claims "the genre's popularity is partly due the the questions it raises about survival, order and chaos, social constructs, and humanity." The undead, strangely enough, can teach us quite a bit about what it means to be alive.

So, where should you start?

Philodox, quoted above, is an admin over at Zombiepedia where he maintains an impressive variety of interesting articles touching on fictional, non-fictional, and hypothetical aspects of Zombies. Philodex has always been a big fan of monster horror, especially films that succeed in immersing the viewer, like Cloverfield. He started working on the Zombiepedia after reading Max Brooks' World War Z and wanting to help build a portal for fans to discuss concepts that the book touched on. He adopted the then-abandoned, vandalism-riddled domain by applying for the administrator position, and as he says "the rest is history."

Philodox has been captivated by a number of undead-oriented franchises across media, and recommends beginners start out with Romero's Night of the Living Dead, 2004's Dawn of the Dead, the hit television drama The Walking Dead, and the video game Left 4 Dead (lots of "Deads" it seems.) He also thinks The Last of Us, the recently released PS3 title, encapsulates much of the "realistic social horror" that many zombie properties tend to overlook.

He warns that the genre tends to be campy, with lots of over-the-top gore, and that it might not be for everyone. Zombies are definitely a form of entertainment -- they obviously aren't real, but it's "almost an inside joke" to write as if they are. That said, Philodex believes the questions these undead cretins raise about how mankind operates are worth taking seriously, and prove surprisingly applicable to the real world. 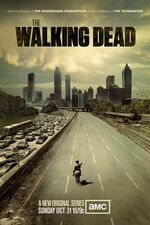 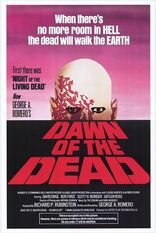 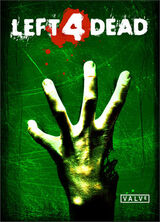 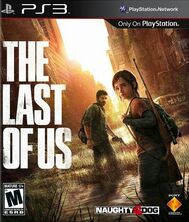 BanishU, an admin at The Walking Dead Wikia, is obviously a huge fan of the show, and started working on the community a couple of years ago. His love of zombies goes back further, but his fandom didn't cement until he watched the pilot episode of The Walking Dead. He got into zombies watching George Romero's movies, and recommends them as a good starting point for beginners, suggesting they move on to a different movie or TV series after they see Romero's films through to the end.

He recommends new users stay away from films with titles like "Zombies Vs. Vampires," as they tend to be cheesy -- stick to films that feature zombies exclusively. "The point of Zombie films is to scare you," BanishuU says, so "don't bother if you jump when a part is creepy. That's the reason I love them." Even after seeing a zombie movie multiple times, they can still frighten him -- and this is their main draw. So don't get discouraged if you find yourself getting scared by all of the undead happenings -- that's the point! 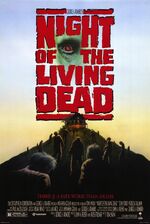 Axel TWD is also a big fan of The Walking Dead, but is also super into the graphic novels that the television show is based on. He used The Walking Dead community for about six months before becoming a Wikia user and working his way up to admin. He's launched a Facebook page for the community and works tirelessly to add content and engage members.

Unlike some other featured Experts, Axel TWD was never interested in zombies before The Walking Dead. Like BanishU, however, "Days Gone Bye," the Walking Dead pilot, turned him on to the undead world in general. "It's longer than most episodes, so it was more like a short movie," he says about the pilot. He believes that zombie properties that focus solely on zombies tend to be the weaker ones. He believes "all good zombie media use zombies either as a metaphor for a given crisis or as a reflection of humanity" and that anything that focuses only on gore should be overlooked in favor of stories with more depth.

Axel also recommends finding a friend to watch a zombie show or read a comic book with, as one of his favorite parts of The Walking Dead is making predictions about what's going to happen in future episodes with fellow members of The Walking Dead community. "Getting scared is always more fun with a friend!" he says. 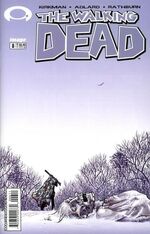 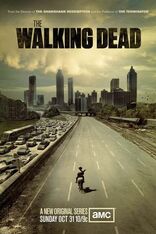 Forerunner is an admin on the Resident Evil Wikia, and he does what he can to encourage professional editing there by populating pages with engaging features and design choices. He started considering survival horror games -- the genre most zombie games fall into -- during the late '90s after playing House of the Dead in an arcade, but was first drawn into the dark world of Resident Evil after seeing Resident Evil: Apocalypse at a friends house.

He recommends beginners start with the George A. Romero films -- from his establishment of modern zombies in Night of the Living Dead to questions of their intelligence in Day of the Dead. He also points to Warm Bodies as a succinct exploration of that latter point. He recommends viewers avoid the Italian Zombi series -- a hyperrealistic study of zombies with little to no narrative, giving viewers little more than 80 minutes of "seeing actors carrying maggots next to their eyes" (appetizing!) "Don't assume zombies are the same in every film," Forerunner says. He also suggests remaining open to the idea that many of these films also serve as social commentaries, from Dawn of the Dead's attack on consumerism to The Land of the Dead's examination of class divide. 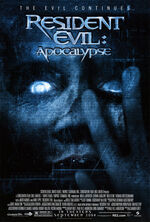 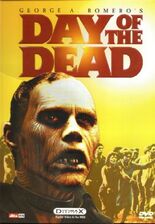 We got a lot of good advice from a number of zombie admins across Wikia. Riley Heligo, of the Resident Evil Wikia, recommended newbies avoid The House of the Dead films, as they might confuse fans of the games. He also bucked the trend and recommended that people avoid The Walking Dead series, as it's grown too reliant on action. Riley would also like to remind fans that zombies aren't always slow and dumb -- sometimes, they even use firearms, like in Romero's Day of the Dead.

Jo The Marten, from the Left 4 Dead Wikia, isn't a huge zombie fan despite his role, but recommends newbies steel their stomachs before checking out undead-oriented media, as "there's probably going to be a lot of gore." He enjoys learning about the science behind a zombie apocalypse and recommends people check out the Green Flu page to learn about the biological origin of Left 4 Dead's undead legions.

Want to read more about zombies? All of our experts provided a number of links to help you dip your toes into their wild, undead world. They also recommend you reach out to them via their message wall, wiki chat, or talk page if you have any questions (or, in the case of an actual zombie apocalypse, need advice on how to keep your brain relatively uneaten). Here's the syllabus:

Got any questions about zombies or a favorite piece of the undead world to recommend? Leave a comment below!


Would you like insights on wiki building and usability?
Read through our Best Practices guides for keeping your community growing and healthy.
Want to get real-time access to fellow editors and staff?
Join our Official Discord server for registered editors!
Retrieved from "https://community.fandom.com/wiki/User_blog:Matt_Hadick/Guided_Tour:_Zombies?oldid=1265341"
Community content is available under CC-BY-SA unless otherwise noted.