We're calling the series "Guided Tour," and we're talking about Space Opera this time around. 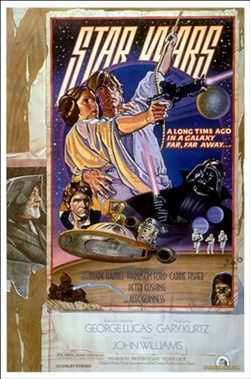 Space Opera, according to Wikipedia, is "a real-world subgenre of speculative fiction or science fiction that emphasizes romantic adventure, exotic places, and larger-than-life characters in a galactic or intergalactic setting." Space Opera, despite its name, doesn't (necessarily) have anything to do with music (unless you want to mockingly point to the cringe-inducing dance numbers George Lucas added to Return of the Jedi), and instead bears the moniker to suggest the form's grand sense of scale and tendency towards high drama. Space Opera can be either "hard" science fiction, meaning it's careful to adhere to known or suggested scientific theories and laws, or "soft" (think Star Wars: spaceships and aliens, but not a whole lot of scientific extrapolation), but it tends towards the latter, typically centering on a universe's characters and their relationships with one another, rather than on the universe itself.

The term was first used in 1941 as a pejorative term in a fanzine by author Wilson Tucker, who felt many of the era's science fiction serial radio dramas were "hacky, grinding, stinky, outworn, spaceship yarn." Over the years, however, the term has evolved substantially, shedding its negative connotation and serving as the primary descriptor for a wide variety of culturally significant franchises, from Star Wars to Star Trek to Mass Effect. You might be surprised to learn that many of Science Fiction's most popular and beloved franchises can be classified as Space Opera.

It's an enormously rewarding genre that, at its best, provides fans with truly epic adventures, complete with visually stunning set-pieces and memorable characters. Though much of the action in Space Opera takes place lightyears from earth, the stories stroke our very human desire to explore unknown depths, in addition to teaching us a surprising amount about good and evil (Star Wars), politics (Star Trek), cross-cultural relations (Halo), and more.

So, where on (off?) earth should you start?

Brandon Rhea, in addition to being a member of Wikia's Community Support team, is the founder of the Star Wars Fanpedia, an online resource for news and speculation surrounding the upcoming Star Wars sequel trilogy (and beyond). He is a huge Star Wars fan and spends a lot of time posting news and updating content for the wiki's readers. Though Star Wars is his current bread and butter, he got into science fiction before discovering the series, via the ever-popular Star Trek. It wasn't until high school, when an off-hand remark from a classmate inspired him to read more about the Star Wars Universe. "[It was] like a light-switch in my head," Brandon says, "I've never looked back."

For newcomers, Brandon recommends Edgar Rice Burroughs's A Princess of Mars, the book that inspired Space Opera bigwigs like James Cameron, George Lucas, and Carl Sagan. Brandon is a proponent of starting with the roots and working your way up -- "science fiction like Star Trek and space opera like Star Wars would not exist without the books by Edgar Rice Burroughs," he says. If you're looking to jump right into contemporary space opera, however, you needn't look further than the original Star Wars film, Star Wars Episode IV: A New Hope. He also points to classic serials Flash Gordon and Buck Rogers, which had a big influence on George Lucas' creation of Star Wars.

Brandon recommends fans steer clear of space opera that came out before Star Trek and Star Wars, as it "is pretty cheesy and misses the point." They can be fun to watch ironically and laugh at the oftentimes hilarious costume and set designs, but they lack the immersing qualities that makes space opera so compelling. If you want to get into Space Opera, you need to "immerse yourself in the universe," Brandon says, pointing to their massive scale and tendency to contain rich mythology. "Remember that space is vast," Brandon reminds us, "and so are the stories about it."

Lastly, Brandon invites newbies to follow along with the hype leading up to the release of Star Wars: Episode VII on Star Wars Fanpedia. This is an exciting time for Space Opera fans, old and new! 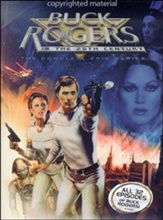 Even though he wasn't familiar with the terminology at first ("apparently it's not an opera sang in space like in The Fifth Element," he quips), it turns out most of Halo Nation admin and Wikia Star T3CHNOCIDE's favorite franchises are fall square into the Space Opera camp. T3CHNOCIDE started frequenting Halo Nation during the storied days of Halo 3, devouring articles and developing his understanding of the Halo Universe's massive scope. In 2011 he registered and started editing and adding article pages where he noticed holes. He had no idea that adding paragraphs here and there and fixing grammatical errors would all gradually lead to where he is today -- admin, Wikia Star and "a bonafide Wikia addict."

T3CHNOCIDE's fascination with Space Opera began in his youth when he and his mother would watch Star Trek and Star Wars on television. The shows left him "bewildered at the prospect of life outside of this little rock we called Earth." Growing up, his love for science fiction and space opera intensified, his imagination piqued by the prospect of living in a technologically advanced setting like the Starship Enterprise or the Battlestar Galactica. It's all about immersion for T3CHNOCIDE -- "the deep and intricate story-lines that suck the reader, viewer, or even player into the universe" leaving them "wishing they were a part of the epic saga." It's this sense of adventure and scope that lead T3CHNOCIDE to Halo.

T3CHNOCIDE recommends beginners start out with Star Wars, Battlestar Galactica, Halo, and the forthcoming Destiny, the Bungie-developed shooter slated for a 2014 release. That said, he believes "there is a space opera out there for everyone," and he has never encountered any media that newbies should actively avoid. "It is a genre that everyone should at least try," T3CHNOCIDE says, "leave your logic and familiarity at home and try to embark on one of the many great adventures in the Space Opera genre!" 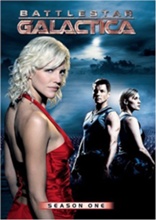 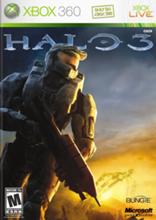 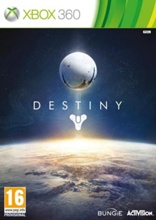 Stargate Admin and Wikia Star Anubis 10545, named for the Stargate villain, happened upon the Stargate wiki in early 2008, when there were less than 2000 articles in total and a relatively inactive community. He became an admin after about a year by learning the wiki's rules and adding content as necessary -- now, the wiki boasts over 9,000 articles written by a passionately dedicated community. Anubis started watching Stargate SG-1's 6th season in 2002 because it was unlike much of the space opera that he had seen prior -- it didn't take itself too seriously, offering light-hearted moments that help to make the show seem natural. It feels written by real people and not "a computer algorithm trying to cram in as much cheesy action or bad drama as physically possible."

Anubis sees Stargate as a great show for beginners, because its relatively easy to jump in whenever and still enjoy yourself. There is also a refreshing lack of imaginary techno-babble, lowering the barrier of entry for newbies. He also points to the fact that it's an enormous show, with 354 episodes spanning three series (Stargate SG1, Atlantis, and Universe), claiming "the Stargate franchise pretty much covers all the bases in terms of what you'd look for in a space opera." That said, he would also recommend all of the games in the Halo franchise, Farscape, and Battlestar Galactica. He recommends newbies avoid secondary media based on established franchises. "In most cases I've found they serve as cheap supplements aimed at hardcore fans," he says, "they usually lack quality."

His last bit of advice has to do with special effects. "You shouldn't get caught up in special effects," Anubis says, "most good space opera will be able to hold its own regardless." That said, he can't help but acknowledge and appreciate the visceral splendor of a frenzy of lasers and superheated-plasma as they violently pierce an alien ship (to his credit, not many can.) 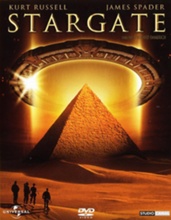 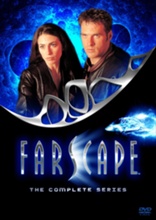 Want to read more about Space Opera? All of our experts provided a number of links to help you navigate your way to a galaxy far away. As always, they recommend you reach out to them via their message wall, wiki chat, or talk page if you have any questions Here's the syllabus this time around:


For a list of relevant Space Opera media, check out this article on Wikipedia.

Got any questions about space opera or a favorite galactic enterprise to recommend? Leave a comment below!


Would you like insights on wiki building and usability?
Read through our Best Practices guides for keeping your community growing and healthy.
Want to get real-time access to fellow editors and staff?
Join our Official Discord server for registered editors!
Retrieved from "https://community.fandom.com/wiki/User_blog:Matt_Hadick/Guided_Tour:_Space_Opera?oldid=1286581"
Community content is available under CC-BY-SA unless otherwise noted.