We're calling the series "Guided Tour," and Children's Fantasy is on the docket this time around. 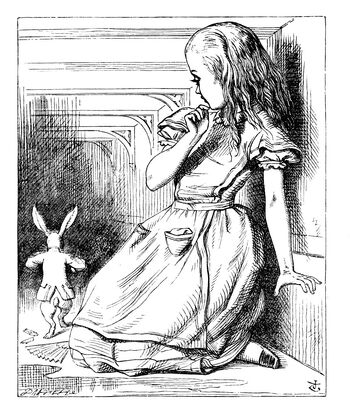 From mischief in the hallowed halls of an esteemed wizard academy to bands of hares engaging in medieval combat, Children's Fantasy is an expansive genre teeming with whimsy and wonder, capable of transporting children of all ages to magical worlds. The protagonists are usually children (or anthropomorphized animals) tasked with using their (oftentimes limited) powers and abilities to conquer great evils or hurdle extraordinary obstacles.

Modern fantasy (our primary focus here) differs from classic mythology or otherwise fantastical literature in three key ways. First, modern fantasy works usually suggests an alternate reality, or at least a secret, fantasy dimension kitty-corner to the real world, complete with its own geography, history, and set of laws. Second, the supernatural elements specific to these worlds are fictitious by design, meant to serve as symbols, metaphors, or plot devices, and not much more. Lastly, authors of modern fantasy write in a novel arrangement, instead of employing more traditional storytelling mechanisms found in folklore or fairy tales. Despite these distinctions, the term "fairytale" was still widely used in place of "fantasy" until the mid-20th century.

Hints of modern fantasy began to emerge in the 18th century, but the genre didn't come into its own until the late 19th and early 20th centuries. As C.S. Lewis noted, fantasy was more accepted in juvenile literature, so writers interested in imbuing their work with fantastical elements, despite concepts that would nonetheless make sense in a more adult context, tended to cater their output to children. As such, modern children's fantasy got it's start with classic works you're undoubtedly familiar with, like Lewis Carroll's Alice in Wonderland, J.M. Barrie's Peter Pan, and Frank Baum's The Wonderful Wizard of Oz.

J.R.R. Tolkien is often credited as the founder of modern fantasy, and with good reason: it was his first book, the much loved (and recently film-adapted!) The Hobbit, or There and Back Again, that finally brought fantasy out of the fringes and into the mainstream. His works, especially The Lord of the Rings trilogy, inspired ensuing generations of fantasy authors, setting the stage for a world where the genre is not only accepted, but revered as a legitimate art form. Nowadays, it's hard to go a day without hearing about a new children's fantasy book (or film) capturing the hearts of the world's children-hearted. With so much great stuff out there, it's hard to know where to start.

With that in mind, let's turn to our expert panel for some recommendations!

We'll start things off with Wikia's own Jorge Albor, a Community Development Manager for the video game department at Wikia. Though he obviously loves video games, don't pigeonhole him; Jorge is a voracious fan of all kinds of entertainment, from comic books to television and film, and he uses Wikia to gather as much information as he can about his favorite franchises regardless of medium. Jorge's interest in Children's Fantasy stems from when his parents used to read him bedtime stories as a child. Like many enthralled by the genre's immersive qualities, however, his interest sustained through college, where he taught three courses closely related to the fantasy genre.

Jorge recommends readers start with Antoine de Saint-Exupéry's The Little Prince. Complete with beautiful watercolor illustrations and a galaxy-spanning narrative, The Little Prince is a must-read that demonstrates the genre's unique ability to appeal both children and adults. It truly resonates by making a number of compelling points about human nature and the meaning of life. Jorge also recommends Philip Pullman's The Golden Compass, the first book in the His Dark Materials trilogy, which follows a young girl scouring the arctic in a parallel universe, searching for a missing friend and plotting to liberate an imprisoned uncle.

Beyond books, Jorge recommends Kazu Kibushi's recent graphic novel, Amulet, which follows a pair of siblings who find a portal to an alternate reality in their basement. He also says that if you're not watching Nickelodeon's Avatar followup, The Legend of Korra, "you're missing out on some of the best fantasy storytelling around." Lastly, as a gamer, Jorge couldn't help but recommend a pair of classic Nintendo series: The Legend of Zelda and Pokemon (can you blame him?).

"People tend to look down on works for children," Jorge says, "but there are plenty of interesting themes and topics to discuss in these worlds." Let go of any superfluous doubts you might have about dipping your feet into a genre that's ostensibly for children -- as Jorge says, "You're never too old for fantasy." 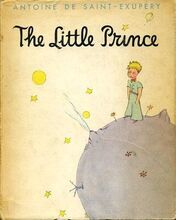 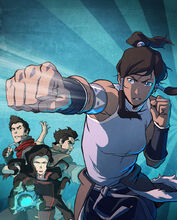 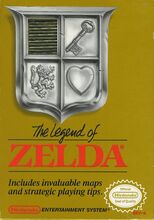 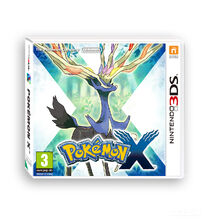 Darkcloud1111 has been an admin at the Camp Half-Blood wiki, an online resource for all things related to the expansive children's fantasy franchise, for nearly two years. He discovered the Wikia after being intrigued by a trailer for the Percy Jackson film adaptation. He devoured the entire five-book series in about a week and began making contributions to the wiki and building their reputation within the community. Eventually, he was nominated for the admin position, and later became a bureaucrat. Darkcloud got into children's fantasy via Greek mythology, which explains his affinity for the Camp Half-Blood franchise. As he says, "as I read the series, in the back of my mind I would draw connections between the book and the myths I knew, even learning new ones along the way." Darkcloud recommends beginners start with Percy Jackson and the Olympians, as it's an easy to follow series with plenty of educational value. "Children's Fantasy is a good starting point for getting children into reading," he says, "Children see the world with a type of imagination that we tend to lose once we get older." He also believes Harry Potter is a good starting point, though he didn't actually enjoy the series himself. Avatar: The Last Airbender, with its expansive world and compelling characters, also comes highly recommend. Of course, Pokemon gets another nod (no one can resist those pocket monsters!)

Darkcloud acknowledges some of the frustrating roadblocks beginners might experience attempting to navigate the crowded waters of children's fantasy. "It is interesting as there is so much out there that it is hard to find anything," he says. He recommends beginners try to steer clear of stories with shallow characters or predictable plots. If at first you don't find something that you like, don't give up -- Darkcloud advises newbies to keep their heads up and remain vigilant. "If you don't like one book, try something else," he says, "find the genre you like and maybe that will lead you to other things. Never stop looking for new worlds and maybe some of their world will bleed into ours." 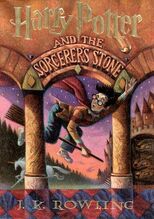 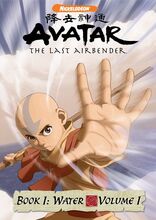 Given his username, it's probably not hard to guess which wiki ProfessorTofty hails from. Here's a hint: it's focused on a certain "boy who lived" trying to stop a certain "he who shall not be named." That's right: though ProfessorTofty has been editing the Harry Potter wiki for a while, he's also been active on a number of wikis, from Eternal Sonata to Final Fantasy to Star Wars, for a number of years. It's hard for the Professor to pinpoint exactly when he got into children's fantasy, though he remembers enjoying K.A. Applegate's Animorphs series during the time they were being released. He was introduced to the Harry Potter series via the movies, but stayed away from the books until finally deciding to give them a chance before the film adaptation of Harry Potter and the Order of the Phoenix hit theaters. He was instantly hooked.

So, where does he recommend beginners start? "Children's fantasy is something that has a pretty broad range, so there are many choices." He recommends Angie Sage's Septimus Heap series, which shares certain characteristics with Harry Potter (chiefly magic and adventure), but takes place in an entirely different world. He also liked The Kane Chronicles, which revolves around Egyptian magic in the a modern day setting, and comes with a cool narrative device: alternating narration between a brother and sister. "Don't be afraid to try the classics," Professor Tofty recommends, evoking the likes of C.S. Lewis' The Chronicles of Narnia and Russel Hoban's The Mouse and His Child. As far as films go, he doesn't think you can do much better than Hayao Miyazaki's classic animated yarns, like Howl's Moving Castle or Ponyo.

"I would say that if you think that it's something that might interest you, then to just go for it," Tofty recommends, "There are a lot of different choices out there, but not all of them may be right for you. If something doesn't strike your personal fantasy, don't sweat it. Just look for something that you like and read what you enjoy." 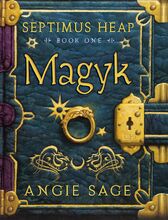 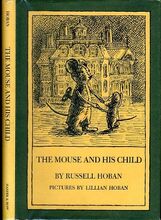 Want to read more about Children's Literature? All of our experts provided a number of links to help you discover magical new worlds. As always, they recommend you reach out to them via their message wall, wiki chat, or talk page if you have any questions. Here's the syllabus!

For a list of relevant Children's Literature, check out this article on Wikipedia.

Got any questions about children's fantasy or a favorite franchise to recommend? Leave a comment below!


Would you like insights on wiki building and usability?
Read through our Best Practices guides for keeping your community growing and healthy.
Want to get real-time access to fellow editors and staff?
Join our Official Discord server for registered editors!
Retrieved from "https://community.fandom.com/wiki/User_blog:Matt_Hadick/Guided_Tour:_Children%27s_Fantasy?oldid=1265331"
Community content is available under CC-BY-SA unless otherwise noted.