Calling all witches and warlocks!

Bubble, bubble, we’re in trouble, and we need YOUR help sprinkling some magic across Fandom for the Halloween season.

I know what you might be thinking.. isn’t Halloween just a conspiracy invented by the candy companies? Possibly. But that doesn’t mean we can’t join in on the fun too!

So you know what that means.. it’s that time of the year for another spooky editing marathon, and the Movies/TV/Anime Team wants you involved!

Not a witch or a warlock? Well, that’s ok! Mortals are welcome to join too. Who knows, maybe you’ll actually be transformed into a witch after this. No promises though.

So What's the Plan?

From Wednesday October 28 to Tuesday November 3, Movies/TV/Anime will be organizing an effort to focus editors to contribute to horror-themed wikis. Each community selected will have specific content goals we would like to hit, but the focus of the project is to have fun and collaboratively edit.

How Do I Get Involved?

We've made that simple for you! Come and join our dedicated project Discord server and sign up! You can help one wiki or several depending on your level of interest and time constraints. Some wikis need more work, while others need smaller updates.

What Communities Are We Editing? 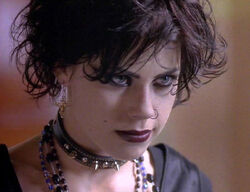 The Craft is a supernatural horror film about a group of four outcast teenage girls who pursue witchcraft for their own gain but soon encounter negative consequences. Since its release in 1996, the film has developed a cult following, and inspired the creation of a stand-alone sequel, titled The Craft: Legacy, by Blumhouse Productions. The Craft: Legacy is on demand now, so have a watch and come contribute to the wiki!

The Craft Wiki could use some spiffing, as well content for the new film. Work on this wiki will include: 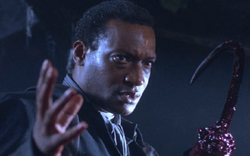 Candyman is a slasher film franchise that began life as "The Forbidden", a 1985 short story by Clive Barker. A film adaptation starring Tony Todd was released in 1992, becoming a cult classic that spawned sequels in 1995 and 1999. A much-anticipated reimagining of this horror classic, produced by Jordan Peele, will be released in 2021. Check out the trailer for the upcoming film if you haven't already!

The Candyman Wiki is small and has very little editing activity. Work on this wiki will include:

Halloween is a notorious slasher franchise comprised of the original 1978 classic, which spawned the creation of ten additional films and other media. There will be two new films added to the franchise, called Halloween Kills and Halloween Ends, released in 2021 and 2022 respectively.

Halloween Wiki requires some clean-up and expansion of content. Work on this wiki will include: 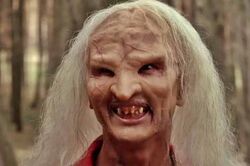 Wrong Turn is a horror film franchise which began in 2003 and consists of six films, telling the story of various families of deranged cannibals out for blood. A reboot of the Wrong Turn franchise written by the original film's writer, titled Wrong Turn: The Foundation, is expected to arrive in 2021.

Wrong Turn Wiki requires general clean-up and content for the upcoming film. Work on this wiki will include:

Junji Ito is a Japanese horror manga artist. His legendary horror series, Uzumaki, a three-volume series about a town obsessed with spirals, is getting an anime adaptation soon.

Junji Ito Wiki generally needs help with content seeding for characters, plot synopsis, and adding infoboxes for all Junji Ito series. Work on this wiki will include:

Mononoke is a legendary Japanese animated TV series considered to be a classic favorite among horror fans. The series follows the enigmatic Medicine Seller as he investigates and exorcises lingering spirits, the titular Mononoke.

Mononoke Wiki is very small and has had no active editing for a long time. Work on this wiki will include: 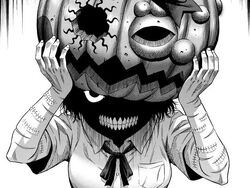 Pumpkin Night is a horror manga by Masaya Hokazono and Seima Taniguchi. The manga follows a deranged girl who adopts the name "Pumpkin Night" when she escapes from a mental hospital by killing all the nurses and patients. She goes out in the world, seeking bloody vengeance against a group of teenagers who played a prank on her and ruined her life back in middle school.

Pumpkin Night Wiki is still in its building stages, and editors are sparse but involved. Work on this wiki will include:

No matter where you choose to (hocus) focus your efforts, remember to collaborate with an open mind, follow the guidelines from admins and wiki managers, and most importantly -- have fun! Come, we fly!

Mandy is a Community Manager for the Movies/TV Vertical at FANDOM. She has a major addiction to TV, horror movies, and tattoos, and when not on Fandom, you can probably find her geeking out at horror conventions or at a coffee shop making fan art.
View Profile
Want to stay up to date on the latest feature releases and news from Fandom?
Click here to follow the Fandom staff blog.


Would you like insights on wiki building and usability?
Read through our Best Practices guides for keeping your community growing and healthy.
Want to get real-time access to fellow editors and staff?
Join our Official Discord server for registered editors!
Retrieved from "https://community.fandom.com/wiki/User_blog:Idekmandy/Halloween_Editing_Event:_Hocus_Focus?oldid=3304218"
Community content is available under CC-BY-SA unless otherwise noted.
FandomShop Newsletter GalaxyQuest