Boo! Yeah, I know, not very scary. But Halloween is right around the corner so I had to give it a shot. So what do people have planned? Parties? Trick or treating? Pumpkin carving?

How about a good old fashioned editing marathon about horror movies and television series? Because that's what the Movies/TV Vertical (M/TV) have planned and we want you involved!

So What's the Plan?

From Wednesday October 30 to Sunday November 3, M/TV will be leading an effort to organize and focus editors to contribute to horror-related wikis. Each community selected will have specific content goals we would like to hit, but the focus of the project is to have fun and collaboratively edit.

How Do I Get Involved?

We've made that simple for you! Come and join our dedicated project Discord server and sign up! You can help one wiki or several depending on your level of interest and time constraints. Some wikis need more work, while others need smaller updates.

What Communities Are You Editing?

Candyman is a slasher film franchise that began life as "The Forbidden", a 1985 short story by Clive Barker. A film adaptation starring Tony Todd was released in 1992, becoming a cult classic that spawned sequels in 1995 and 1999. Recently, Jordan Peele announced that he will be producing a new Candyman film for release in 2020.

The Candyman Wiki is small and has had no active editing for a long time. Work on this wiki will include: 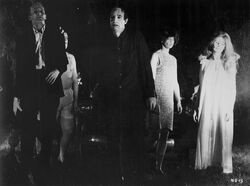 The Night of the Living Dead is the first in a series of zombie horror films from George A. Romero. Each film follows groups of survivors as they attempt to survive the zombie apocalypse.

The Living Dead Wiki needs general clean-up. Work on this wiki will include:

The Purge is a film and television franchise set in a near-future America which engages in an annual holiday known as the Purge, in which all crimes are legal for the period of 12 hours. There are currently four films in the series with a fifth planned for 2020, and a television show.

The Purge Wiki needs a lot of content expansions. Work on the wiki will include: 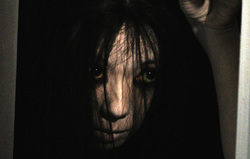 The Grudge is a horror franchise based on the Japanese Ju-On franchise. So far, three films have been releases in the series, with a fourth planned for 2020.

The Grudge Wiki is well built and very thorough. Work on this wiki will include:

But What If I Don't Want to Work on Those?

Fear not! Just because we are targeting these specific communities doesn't mean we are neglecting all those other great horror franchises!

Here are some other wikis about horror franchises:

Mike "Cavalier One" Delaney
Fandom Staff
Mike joined the Fandom team in 2016. He is an active contributor and administrator of Wookieepedia, and has been editing wikis since 2007. His main passion is (obviously) Star Wars, but he loves pop culture in all forms including films, television shows, books, and comics. Also, he has no problem talking about himself in the third person.
View Profile
Want to stay up to date on the latest feature releases and news from Fandom?
Click here to follow the Fandom staff blog.


Would you like insights on wiki building and usability?
Read through our Best Practices guides for keeping your community growing and healthy.
Want to get real-time access to fellow editors and staff?
Join our Official Discord server for registered editors!
Community content is available under CC-BY-SA unless otherwise noted.
Advertisement
Follow on IG TikTok Join Fan Lab