The holiday season is upon us, which means it is time to widen your belt and dig into the classic seasonal dishes that we've been waiting around all year for. The holidays are a time to indulge. Why do we eat these foods over Christmas and where did they come from in the first place?

Explore these Christmas food traditions with us in our December guided tour!

Thanksgiving owns the roast turkey, so Christmas is left with the classic honey baked hame and prime rib. No complaints on my part, though! The baked ham became a popular Christmas dish because originally the Catholic Church would use it as a test of truthful conversion from Judaism. [1]

Another traditional Christmas meat is prime rib. This savory, juicy meat can be expensive, so it is common to eat over the holidays because it is a special time to spend and indulge.

Another popular Christmas dish is the tamale, which is primarily popular in Mexican and South American holiday celebrations. A tamale is a dumpling made of masa dough, filled with meats, vegetables, fruits, or cheese. It is wrapped in a corn husk or a banana leaf. The tamale is estimated to be over 2000 years old, as they were depicted in ancient Mayan murals. [2] Tamales are popular during the holidays because they are time intensive and only intended for special occasions. 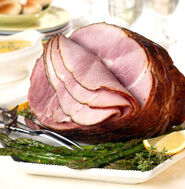 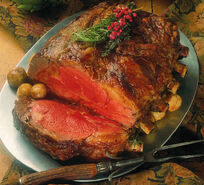 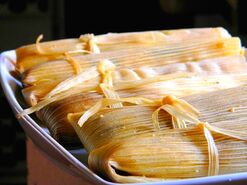 One of our favorite Christmas side dishes, which pairs perfectly with prime rib, is Yorkshire pudding. While the origins of this doughy pudding are unknown, we do know that it comes from the 18th century and is originally from Yorkshire, a county in Northern England. [3]

Another Christmas classic is the Green Bean Casserole, green beans mixed with cream of mushroom soup and topped with crispy onions. While it was invented decades before, it really popularized in the 1950s. The Campbell Soup Company heavily promoted this inexpensive but rich and creamy dish. Ultimately, it became a holiday staple. [3]

You can't have a holiday celebration without potatoes. Potatoes make their way to the table every year because they are inexpensive, can feed the masses, and when topped with cream and butter they are superbly delicious! Scalloped potatoes derive from the classic French dish, potatoes au gratin. They are prepared with milk, grated cheese, garlic, and fresh cracks of black pepper and salt. 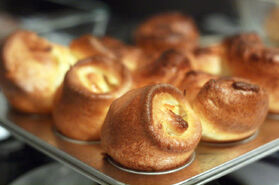 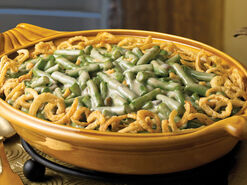 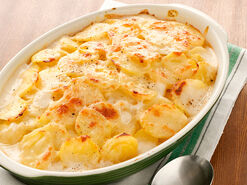 The majority of Christmas traditions revolve around dessert. Something about the holiday season gives everyone a sweet tooth. Christmas cookies are a staple, ranging from iced sugar cookies to spritz cookies to the classic gingerbread man. Gingerbread has been a beloved longtime tradition around the holidays because it is cheap, easy to make, and relatively hard to mess up. The honey based gingerbread originated in Middle Europe, Germany in particular, and the molasses shortbread ginger cookies developed in England or Scotland. [3]

While it may be the most mocked dessert during the holidays, the fruitcake still remains one of the primary Christmas desserts. This cake dates back to the 16th century, when cooks realized that fruit could be preserved in large solutions of sugar. Baking the preserved fruits into cakes was an easy way for colonists to ensure that the fruits made it to Europe without spoiling. [4]

Chocolates and candies are popular treats during the holidays, but there is one candy you can't miss- the candy cane! Historically, hard candies were created for medicinal use-but ultimately, their popularity was realized and they were soon manufactured in all kinds of flavors. Candy canes were originally just sticks but ultimately the hook was created to symbolize a shepherd's crook. [3] 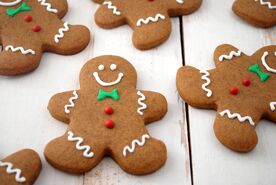 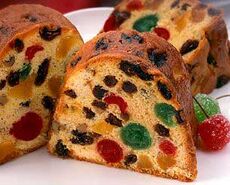 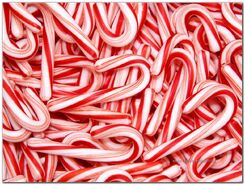 Champagne is a go-to drink for holidays and celebrations, Christmas and New Years Eve in particular. Why does this bubbly wine always veer its head? In 1866, the famous entertainer George Leybourne made celebrity endorsements for Champagne. This ultimately led Champagne to be a symbol of affluence and "the good life". [1]

Apple Cider is another common drink during the holidays because it is easy to make, warm during the chilly months, and it is sweet and non alcoholic, which makes it especially popular amongst children.

Eggnog is another creamy, festive drink that you cannot miss during the holidays. The very first batch was supposedly made in Jamestown in 1607. The colonists mixed egg and rum and called it "egg and grog". The name eventually turned into eggnog. Now, it is served with milk, sugar, beaten eggs, liquor, and ground spices. [5] 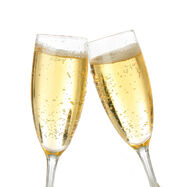 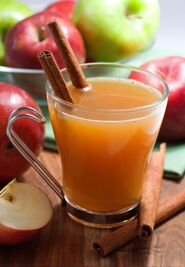 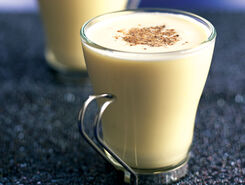 Some of our Wikia staffmembers shared their family's Christmas food traditions! We encourage you to write YOUR own Christmas traditions in the comments below.
Want to stay up to date on the latest feature releases and news from Fandom?
Click here to follow the Fandom staff blog.


Would you like insights on wiki building and usability?
Read through our Best Practices guides for keeping your community growing and healthy.
Want to get real-time access to fellow editors and staff?
Join our Official Discord server for registered editors!
Retrieved from "https://community.fandom.com/wiki/User_blog:Asnow89/Guided_Tour:_Christmas_Food_Traditions?oldid=1253033"
Community content is available under CC-BY-SA unless otherwise noted.