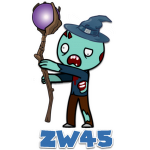 "This technically isn't a quote, but just so you know school has started for me and I won't be as active as I was this summer." ~Yours but not verily

Hello, <insert name here>! My name's Allison, but I've gone by zombiewizard45 for longer. I started editing regularly in April 2020, and in June 2020 I became an administrator on the Craig of the Creek Wiki. You can expect to see me on wikis about Cartoon Network cartoons, as I've grown up watching them in addition to PBS Kids.

Retrieved from "https://community.fandom.com/wiki/User:Zombiewizard45?oldid=3149702"
Community content is available under CC-BY-SA unless otherwise noted.