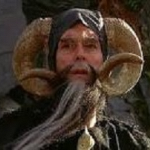 Hello to everyone out there! Im Timeoin. I've been Wikiing for about a year and a half now, starting off on the Wiki for a game I used to play, Erepublik. I migrated here a little while ago, and am starting to make some minor changes to a few of the wikis on here. In real life, I'm a final-year student at Queensland's University of Technology, studying a double degree in Education and Information Technology. If anyone wants to know me better, feel free to add me on pretty much any site that I am signed up to - 99% of the time, I've signed up to the site as this name.

As for this site though, Currently I am trying to update the Elder Scrolls Wiki. Its slow going right now, but I'm making steady progress :) Old message is old.

For all you folks out there needing inspiration for your wiki: in March 2011, I started editing on the Elder Scrolls Wiki. There was virtually no other editors there at the time. In April, I was made an Admin there. By the time Skyrim was released, in November 2011, this same wiki was the biggest Gaming Wiki on Wikia.

I'd like to give a big shoutout to the Wikia Staff and fellow editors who've helped so much on that wiki - None of this would be possible if not for you all!

I've also made a few updates in other Wikias, mainly game Wikis, such as Freelancer, Fallout, and Diablo, to name a few. Thanks for reading my page, and feel free to talk to me! Timeoin 03:05, March 9, 2011 (UTC)

A few of the Wiki's that I look at often...Edit

Some of these I dont look at very often, like the Red Faction one. Some of them, like the Elder Scrolls one, I do :)

There may also be other ones, too :)

Retrieved from "https://community.fandom.com/wiki/User:Timeoin?oldid=727694"
Community content is available under CC-BY-SA unless otherwise noted.