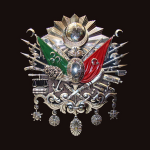 aka The Turk, Otto, OH

Hi! I'm Ottoman Hold. If you have a question, please message me on my message wall. I mostly hang out at The Elder Scrolls Wiki, but you can sometimes find me somewhere else.

I'm currently a moderator of The Elder Scrolls Wiki, along with a number of others. I'd like to hope that I'm a respected member of the community, but I can't say for sure, since I'm, of course, biased in that regard. Besides "moderating" the forums and the discussions, I will occasionally edit, which usually involves The Elder Scrolls Online or reverting vandalism. I also play The Elder Scrolls V: Skyrim, in addition to Online, so I might add a few dialogue bits here and there. If you want a response from me, best post it to my talkpage here.

Yes, I was a part of the little "experiment" known as The Elder Scrolls Wiki Wiki. It was an...interesting way to learn some of the administrative tools that an admin/sysop would use (since I was an administrator there until it closed). It didn't attract much support as a joke wiki, and it eventually died out around July 2018. It was fun while it lasted, at least.

I sometimes play Fallout, Medieval: Total War, and others, as well as watching things like Game of Thrones and The Walking Dead. All but Nukapedia have received slight editing support from me, although my contributions on each are rather minor.

Retrieved from "https://community.fandom.com/wiki/User:Ottoman_Hold?oldid=2583087"
Community content is available under CC-BY-SA unless otherwise noted.