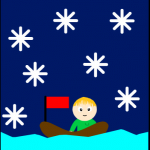 aka The Fruit of the Third Behind

I also have a bot!

Generally check in on the forums every so often, sometimes answering things, sometimes jabbering on about nothing.

Most active on the HDM Wiki - favourite (yes, I'm British) book series, TV show...as for the film...well, it was ok at best.

Likes to watch Dr Mary Beard's documentaries on the Romans, enjoys BBC 4 things on history, isn't a fan of the current (undeserving) occupant of 10 Downing Street, didn't vote leave in the Brexit referendum, don't like the Conservatives (you only have to look at this tweet to see why) nor am I a fan of Labour...did I mention I jabbered on about nothing?

Retrieved from "https://community.fandom.com/wiki/User:NightSpeakers?oldid=2877436"
Community content is available under CC-BY-SA unless otherwise noted.