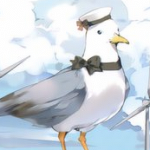 aka Mr. Snuggles, The Genderbent Gamer

Hi, I'm Michi. Or LL. Or Likelakers. Or whatever you wanna call me.

I like to think differently than a lot of you. If you have a problem with that, then contact me at /dev/null. I will eagerly await your response.

If you ever need any help or are curious about something, don't be afraid to message me. I'm always happy to help or talk, and will try my best to help users, whether new or veteran. :)

Retrieved from "https://community.fandom.com/wiki/User:MichiRecRoom?oldid=1628568"
Community content is available under CC-BY-SA unless otherwise noted.