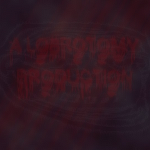 O hai all, I am the unofficial main writer for the Unsonic Wiki, writing such stuff as Sonic X and Rouge. You may know me as "A Wikia contributor", "that great wit", "the next Oscar Wilde minus the homosexuality" and suchlike.

Sealed form: A personalized, longer wakizashi with less of a curve on the blade, a purple and white hilt and a tetrahedron tesseract tsuba.

Shikai: Ripple, Tōrō (English trans.: Mantis). The sword remains the same, but the edge is given a slight green sheen to it. The edge now secretes a poison that has whatever properties I want, such as paralysis or spasming. Interestingly, the poison can also be reversed by me to heal whoever I strike (Ichigo ain't getting any), to temporarily augmenting the powers of whoever I strike. However, the properties can never be extremes, such as invulnerability, immortality or instant death, but as I converse with my Zanpakutō, the properties become more potent.

Bankai: Humble the Gods, Kashō Tōrō (English trans.: Singing Mantis). The sword still remains the same, but the blade becomes shinier. Any projectile that hits my sword is augmented and reflected back at the user. This holds true to any special abilities such as Hyōrinmaru's or Ryuin Jakka's Shikai release. An extension of this ability is that I can temporarily use the special ability of whoever or whatever I strike, albeit much weaker. For instance, if I hit Yoruichi Shihōin (the real one), then I become faster. If I hit Captain Hitsugaya or Hyōrinmaru, I can use their dragon projectile. If I hit Lieutenant Kira or Wabisuke, I can increase the weight of whoever or whatever I strike slightly.

Resurrecion: I am not transformed into anything, but essentially remain the same, but with enhanced strength and the ability to turn invisible. This power can be negated by an appropriate amount of reiatsu.

Yoruichi Shihōin (the pseodonym of me)'s adopted name is Hangetsu (English trans.: half-moon). I am the product of Orihime and Ulqiorra's reiatsu mingling inadvertently, creating a life form. I was a Hollow, but my own powerful Cero destroyed my mask. I am therefore capable of using Shinigami and Hollow powers. Seeing as all this is fanon, then I do nothing in the plot, except for maybe laughing at Kon while invisible and stealing all the teacakes before Yachiru can.

Erm... that's pretty much it. Oh yeah... I'm on Platform Racing 2, and my username is Yoruichi Shihoin (you can't have the ō so I compromised). Subscribe to conmasterXproduction's vids (erm... vid) because he's awesome and I know him. Ah'm just sayin. If you're a troll, you can insult me if you really want to, but I have uber flaming powahs. Yay!

Retrieved from "https://community.fandom.com/wiki/User:LoBrotomy?oldid=1251756"
Community content is available under CC-BY-SA unless otherwise noted.