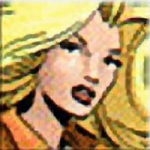 I am a refugee of Wikipedia's War on Cruft. I used to be an avid contributor to Wikipedia until the information I found important was deemed by the rest of the community as not notable. I wrote articles on fictional places that were in over ten novels. I wrote lists of film series by the amount of films in the series. I wrote lists of characters for another series of novels.

Gradually all my work was pushed aside in the name of notability. All the articles and lists I carefully wrote were now considered worthy of deletion. All the information in those articles was going to be lost. No matter how much I argued for saving them, I lost in the end.

Then I found a magical place called wikia. On wikia sub-wikis I could again write articles on any topic I wanted, and it did not matter if the topic was mentioned by some stuffy academic or part of popular culture. I was free to create articles for things that mattered to me and maybe a small group of other people. I came to wikia to edit articles on all the cruft I love but wanted the same Wikipedia feel to it.

So here I am, bouncing around Fandom, having a little bit of fun writing and hopefully being helpful when I can.

Retrieved from "https://community.fandom.com/wiki/User:Lady_Aleena?oldid=2683170"
Community content is available under CC-BY-SA unless otherwise noted.