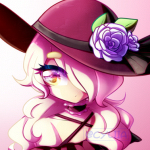 I used to love Wikia. Day after day, imbued with a belief that I was being useful to the Internet and to the broader world of fans, I devoted so much of my time to building informative databases on the network. Sure, it was not without great cost (namely in my personal and social lives and in my mental health); however, I needn't be selfish, right?

How wrong that perspective turned out to be.

I should have seen the red flags after one of Staff's "trusted" volunteers began to violently harass me on here. "You're weak," he'd tell me constantly. "I have the higher hand; they won't block me." And no matter how much I begged for intervention...Staff refused to take action. "Just don't talk to him," an employee told me one day, "if he's bothering you." Since they loved their beloved Wikia Star so much, they refused to admit action was needed; heck, even with evidence, they denied the situation's severity. His abuse persisted for several months (almost a year) before he deactivated his Wikia account, yet even after he "left," he continued to defame me elsewhere. All the while, Staff and users insisted I was simply being sensitive, that me being autistic was causing me to view teasing as something worse than it was.

Due to the scars I received, I began to grow cynical and hollow, and I felt I needed to prove myself to Wikia as a whole. This culminated in a lot of things - a successful application to Council, a promotion to Vanguard...and the total fracturing of what few relationships I had. I cared so much about wikis, I forgot to care about myself and my real life. Maybe it would have been different if I fared well on the network in the long run...but no. I continued to be harassed by several others - including a certain transphobic CC admin - and told either one of two things:

And retrospectively, it was a form of Stockholm syndrome - one from which I'll never recover. The cruelty I dealt with/witnessed on the network - ranging from ableism to homophobia to racism, and entirely supported by the people in charge - messed with my mind and caused me to spiral past the point of no return, and had I not resigned from my roles when I did, I would have gone clinically insane.

Breaking free from FANDOM's grasp was one of the best decisions I ever made. I'm doing better now than I had ever done during my time as an active Wikia-user - I get to do what I love in environments that are far more tolerant and open-minded, and I've been working harder than ever to mend old bonds (with a fairly high success rate!). Sometimes, the key really does rest in letting go.

I am not the only one who's been a victim of FANDOM's digital tyranny, either - they may not say it due to legal reasons, but so many others like me are among you.

And no matter the case...

This is my side of the story, and I hope you will take something from it.

Never again will I be silent in the face of abuse.

Retrieved from "https://community.fandom.com/wiki/User:KCCreations?oldid=2800887"
Community content is available under CC-BY-SA unless otherwise noted.