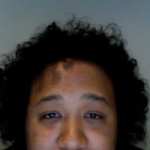 Imaginationac, here! My real name is Dorian Alexander Patterson. I hail from Augusta, GA. I was born on November 21, 1987. I'm a graduate of the University of Georgia, with a Bachelor of Arts in Theatre, class of 2010.

Feel free to leave me messages on my talk page. I will generally reply on the same page, unless you specify otherwise.

Bookmarks - helpful and interesting pages across Wikia
Guestbook - feel free to sign it!

Retrieved from "https://community.fandom.com/wiki/User:Imaginationac?oldid=1639331"
Community content is available under CC-BY-SA unless otherwise noted.