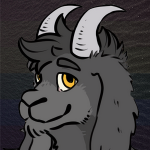 I'm Frisk, Gamepedia contributor slowly joining Fandom since the UCP efforts. I'm active in the wiki community for a while, in the past advocating for the better future of Gamepedia, now – doing the same for all users Fandom and Gamepedia alike. Even been on Community Connect in 2020.

I'm a user of Gamepedia since 23 October 2013. For a long time only involved with Polish Minecraft Wiki. In 4 years I've became a bureaucrat of Polish Minecraft Wiki and later Wiki Guardian of Polish Gamepedia Help wiki. I learned about wikis a bit, but never dived too much into templates/modules and other technicalities. With time as I learned more of the English language I were able to expand my horizons to other wikis on Gamepedia, mainly English Minecraft Wiki and its community on the Discord server. At some point I joined Gamepedia's slack, sent an application for GRASP and became a GRASP member. Got involved in Super Animal Battle Royale community and later became a wiki guardian on the wiki to resign a few months later.

I also develop (and host for few wikis) a script that keeps track of recent changes on the wiki that are later sent to the Discord guild/server. The project page is located on GitLab. Additionally I'm responsible for creation and maintenance of GRASP Helper bot which resides on Gamepedia/Fandom official Discord server helping GRASP track down abuse and respond to vandalism quicker than ever.

Somehow a winner of the Gamepedia's Editor of the Year for 2019.

I joined Fandom fairly late (in June 2019) in preparation for Gamepedia merging with Fandom. I'm not currently active on any Fandom wiki, however I'm a little bit involved in Polish Fandom community.

Don't hesitate to contact me if you need assistance with removing spam (although, better way to approach it is to report it through proper channels or you do not agree with any of my actions on the wiki. If there is anything involving Polish on the wikis that you need help with, feel free to ping me any time as well.

Retrieved from "https://community.fandom.com/wiki/User:FriskyGote?oldid=3099479"
Community content is available under CC-BY-SA unless otherwise noted.