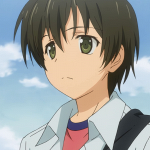 I am Anoop , a member of Volunteer Spam Task Force, feel free to contact me regarding Spam or Vandalism on wiki with no active local admin. or To send Fandom staff a message, please go to Special:Contact.