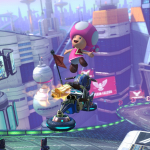 Before you leave a message..
Do you have a reason for sending your message?
Please do not message me about Kamen Rider, as my Community Central message wall is not the place for that.
Does your message maintain an aura of politeness?
I will not respond to messages that are filled with hatred and insults, as that I will report you to Fandom Staff. However, if you want to message me regarding my wikis, I will try my best to respond to you if I can.