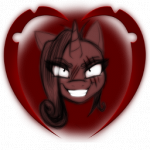 Please grab a muffin, leave a message, or look around!
You can also send me a message: here!