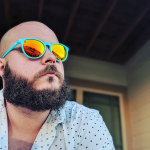 My personal message wall is not a support channel for inter-wiki conflicts, account issues, or tech support. Please contact Fandom Staff with this issues.

This is also not a place for you to personally ask for Unified Community Platform details. Please ask such questions on the relevant blog posts after reading the existing comments. It is simply not feasible for me to keep answering all such questions here, especially when many answers are already available in the comments of said blogs.