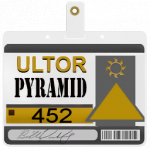 Do not continue discussions here which were started elsewhere.

If you wish to ask a question about something I have posted elsewhere, please ask there instead of starting a thread here. If you have a question, someone else might also, so the question being asked and answered in the original place benefits everyone.

I welcome questions about anything I have ever posted, regardless of how long ago it was posted, but only in the correct place.

This is the internet, time does not matter.

Do not contact me here about issues from other wikis.

If you're blocked with talk page editing revoked, then trying to continue the closed discussion elsewhere will only result in your block being extended.

Stay out of conversations which do not concern you.