We are certainly aiming for a fast turnaround - but we really can't be very specific at this point, as this is an entirely new process for everyone involved. If the process turns out to be too slow, we'll work out how to deal with that. This is certainly an ongoing project, after all. Kirkburn  talk  contr    12:09, September 11, 2015 (UTC)

I can't really give an average response time. What I can say is that I've had a revision take less than a day, maybe even less than 12 hours to be approved. I also have had revisions take up to 2 full days to be approved. --LêgêndFPŠ wall
edits 05:39, December 5, 2015 (UTC)

Does the javascript test mode apply to the chat? If it doesn't, I do feel it probably should if possible, given that chat modifications/scripts are common and naturally we'd want to see if they work properly or not before sending them off for review. 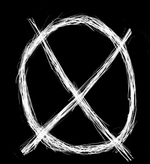 How can one submit an outside-of-Wikia library and/or script to be reviewed and approved? It says a "case-by-case basis" and yet it lacks the information as to where one can create a case for a non-Wikia script.
~Curiouscrab (talk) 20:33, November 8, 2015 (UTC)

I think using the comments within the JS file that calls would be a good place for the initial rationale. If the reviewers have concerns about it, the discussion can then continue on the JS talk page. We can't provide specific rules about what would and would not be allowed, as they are very case-dependent and will likely change over time. Kirkburn  talk  contr    20:13, November 9, 2015 (UTC)

Q: What if I need to make more edits after I submit my script for review?

A: Each JS page can only have one revision in the review queue. While you can make further edits after requesting a review, only the originally requested revision will be reviewed. If you want us to review a newer version, simply submit the page for review again - this will overwrite the previous request.

After making a test edit, submitting it, then editing again, the message "#X is awaiting review" is replaced with only "#X needs to be submitted", saying nothing the status of the previous submission.

Can anyone confirm that after you submit a revision for review, then make further edits, that the originally submitted revision remains in the review queue and will eventually be approved/denied? -452 03:04, December 5, 2015 (UTC)

I have since tested this, and have confirmed that in this situation, the previously submitted revision was later approved. -452 20:22, December 15, 2015 (UTC)

This was actually a subject of a discussion in w:c:dev. I might recall this incorrectly, and this page doesn't make it very clear.

Does staff deliberately rejects code that contains these imports or the MediaWiki extension blocks importArticles,  importScriptPage and MediaWiki:ImportJS attempting to load articles from the User namespace? Or both?

We deliberately reject code that includes this kind of reference as part of the review process, and ImportJS only allows MW namespace imports. Kirkburn  talk  contr    15:36, March 16, 2016 (UTC)
@Kirkburn: Thanks for clearing that up. Then the enforcement doesn't seem consistent, for instance this (http://dev.wikia.com/wiki/MediaWiki:ChatOptions/code.js) script was pre-approved by the bot automatically, which is normal. However, later on the script was changed by someone , and presumably reviewed by staff and approved. I know scripts in dev.wikia have a special status since some of them may be used by individual users and not wiki-wide. But it still seems odd to allow such scripts to import from user pages in different wikis.

@452: I'm well aware of the hack and I actually meant loading scripts from the User namespace using the Common.js /Wikia.js / Monobook.js.  The fact is likely that short of blocking all network requests  that contain a specific pattern, there isn't a good way to prevent this mainly because we can always use ajax method to obtain it, and bypass mediawiki / extension API.
Dessamator (talk) 22:10, March 17, 2016 (UTC)

Are'nt most code in languages unreadable? please correct me if i'm wrong.

Retrieved from "https://community.fandom.com/wiki/Help_talk:JavaScript_review_process?oldid=2874422"
Community content is available under CC-BY-SA unless otherwise noted.