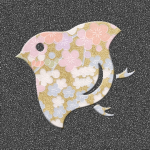 Thank you for leaving your message♪
I'm not good at English, so if you write simple English for me, it'll be a great help. And I'm sorry that I can't understand other languages (except Japanese and a little English).
But, if you intend to use machine translation to all of your messages for me although you don't use Japanese (or English), would you please write your message in your language? Thanks!