Ahh perfect! Thank you so much! (Thanks, I will use that term now)

I use similar structure methods on some pages but then it's 3 pages into one.

Say I have a page and another very small page and I want that small page display on the big page under a header. Is there a HMTL "display this page scroll 400 px" sort of code? Might not at all be functional but I would like to know if it exists.

With the UPC move Tabview is no longer available for newer wikis. I was wondering if anyone knows an alternative a HMTL code that makes a page display on another.

PepperSupreme wrote: Anyway, about those .OGGs, if they show up in preview section but not on the page it should be previewing, I assume it should work.

Unfortunately, no. That's the way it's broken for all Fandom UCP wikis.

Given that the issue was first reported back in April (maybe earlier), I wouldn't hold my breath waiting for it to be fixed any time soon.

In the meantime... there's nothing you or anyone else can do about it.

While worded disheartening, this is actually good as a known and reported issue. I am not alone and the purpose of this thread could as well be another such report. Personally, I could never count on wikia to be helpful but rather its tech savvy community that would provide all those cool tools, some of which wikia did not directly approve such as WHAM. I know over time code breaks and I know new things will come from this new place. New tools will be build, new CSS tricks, new amazing code people will find a way.

Maybe it will take a bit, but I can live with a wiki being a little less pretty during these times. Just gotta make them aware of it as one of the more visible/major issues. Thank y'all for replying. We'll see where we get!

Your problems and possible bugs with UCP is not the same topic... you just want it to be.

I'm not going to argue about whether it is okay to thread hijack. I can't do anything about it anyway.

Hoping for a rumored moderator to show up.

Why are you making it so personal, I just want an .Ogg file to work 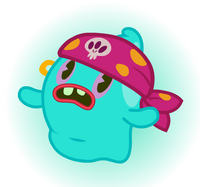 PepperSupreme wrote: Erm, another question for I have been toggling. My OGGs display as links in a normal page (example), but if you click edit > preview, it shows how it SHOULD look. How come the preview and the page do not add up?

Anyway, about those .OGGs, if they show up in preview section but not on the page it should be previewing, I assume it should work. Anyone know if this is a CSS problem or whatever like I really would love our soundtracks to work again in the infobox realm. (Me and OP work on the same wikis)

Fandyllic wrote: @LeahCCinnamon: Please start another thread and don't just try to hijack this one.

This is their own thread???

Erm, another question for I have been toggling. My OGGs display as links in a normal page (example), but if you click edit > preview, it shows how it SHOULD look. How come the preview and the page do not add up?

Well, I sure hope OGGs is fixed QUICK because I crat on music game wikis and we NEED those to work

Fngplg wrote: looks fine for me. try to clear browser cache on win 10.

My main browser is Firefox and removing the cookies does not work. However it does appear on Opera, which was my main browser on my laptop. It also works on Microsoft Edge. So it must be a specific (lack of) code in Firefox that causes it to not appear. Does anyone know about that? It would be nice if my template code is more universal.

I have a question regarding column count templates. I coded the following template a while back which would make row-based templates easier to create for fast overview of cast and episodes for example.

I have no idea how other people see it and it is meant for viewer's ease so I'd like it to appear as such for everyone. I have looked at more attentive wikis but none of them use such a template...

Can someone please help me with this?

I have a section here where I tried out the installed Fonts. It shows here it does not work.

A few googlefonts do not work on wiki but somehow none work on this wiki.

On the PaRappa the Rapper wiki I have Chewy and Orbitron in the CSS and it all works fine.

However on the Pirata&Capitano wiki nothing works even though I have implemented the EXACT SAME CODE into the CSS as the PaRappa wiki.

Can someone help? Did I forgot to check something basic and vital? I have no idea why it does not work.

So it seems to work again. I tried stuff out but it just didn't react like the other tools did. But now it's back again, just by...waiting.

Yup. The other tools, such as Batch Delete and Mass Rename are still there for me as well. Just not this particular one.

It worked two week ago and I didn't change anything? http://community.wikia.com/wiki/User:PepperSupreme/global.js

Anyone else using Mass Cateorization?[1]

For some reason it does not show up in My Tools though all other extensions do.

Anyone else using Mass Categorization?[1]

For some reason it does not show up in My Tools though all other extensions do.