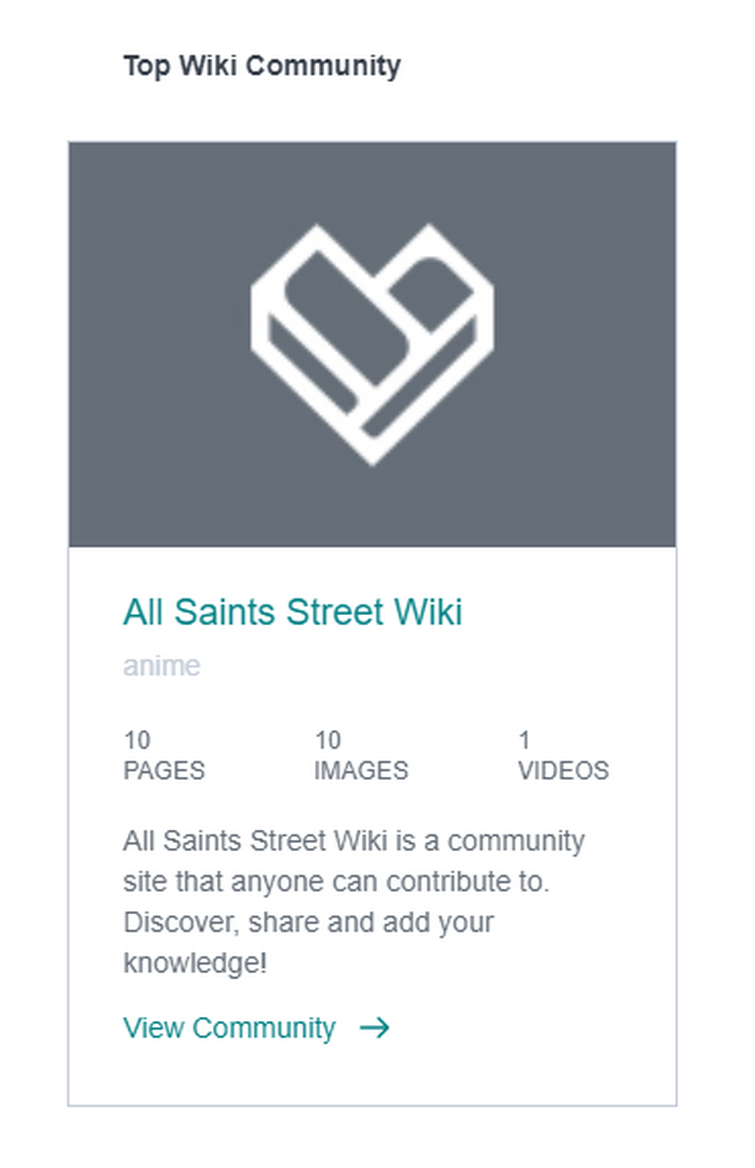 So I decided to create a Fandom from scratch on my own. And I have tried many times to create a Template with several images that are at the same time links (in case you are confused I am talking about a template like America's Got Talent Fandom; the template: "Around the Wiki" and "Seasons". Here's the link to AGT's Wiki: https://agt.fandom.com/wiki/America%27s_Got_Talent_Wiki

Someone Please Help me ASAP :)

EDIT: It uploaded, just needed much more time than usual. Please ignore this post and have a nice day :)

Hello, it's the first time pages doesn't show updated/new images after upload, and only after the page is directly edited. How can it be fixed?

For example, the dragon index page doesn't show new images that were uploaded (red 200px text is where they should be)

And dragon pages stopped updating as well (Deadwood.png image for the infobox is uploaded):

Why did that happen? Until now everything did almost instantly appear and it is properly linked in pages and templates.

I made a page for a virtual airline on the GeoFS Community Wiki - https://geofs.fandom.com/wiki/SkyGates_Airlines

The image isn't showing up at all. Am I doing something wrong? Please let me know, and, if possible, I give you permission to edit the image in the page so that it shows up

On my wiki small pixel-art is used, so having sprites not blur-out is very important.

EDIT: I should mention that sprites use art-style with 2x2 pixels.

I investigated why the images would blur in the first place and the way to fix it.

But the problem comes after that — the FANDOM or at least the platform, seems to be doing something to the images, which blurs them while mixing the colors which should not happen to pixel-art.

The first image shows a direct link to the image, zoomed at 500%, and with image-rendering: pixelated tag added afterwards. The color bleeds out to surrounding pixels, causing them to blur out.

The second image is the same image, downloaded to my pc and opened in browser (which is really strange!), zoomed at 500%, and with image-rendering: pixelated tag added afterwards. The image displays as it should and would in any image editor.

EDIT: The last images are the screenshots of the images as seen in browser, zoomed in with the GIMP software.

I've tried locally disabling various tags in HTML on the direct image link, but to no avail.

I've recently learned that by adding /revision/latest/scale-to-width-down/320 to the image you can resize it on the wiki's side from this [[1]], so maybe it has something to do with that?

Why does this happen and is there a way to disable it?

Hello.  I am starting a wiki and I don't know how to upload a screenshot of the game I took a pic of.  Can somebody tell me please?

I go to replace an image and go to search and type in the name and nothing shows up. All it lets me do is upload a new image every single time but I want to be able to reuse to same image but it wont let me. Even if I don't type anything in or just type in part of its name nothing shows up. It shows up on the forum's images page but it won't let me search for it. Does fandom support reusing images or do I have to reupload it every time?

Hello, my name is Kayla. 👋 I am somewhat new to the wiki. I came to community central because I need help uploading a new image of Little Mix to their info box on their page.

I was updating LM’s page by updating their discography, adding information about them and fixing grammatical errors, and I decided to update their picture as well. I tapped twice on the info box, deleted the image url, googled a new picture of LM, and copied the url of that image to paste into the info box.

Unfortunately, the file won’t upload. I tried an alternate way to upload the new pic by saving it to my photos app, then clicking the upload file button and uploading it that way. It still won’t upload. I’m starting to get frustrated. 😖 Can anyone please help? 😕

Is it possible to create a gallery in an infobox that does not have tabs? I want a set of images to cycle (either in a specific order or at random), with fade transitions (or, alternatively use a simplified version of the slider gallery but without the bottom text).

(edited by JustWilhelm)
InfoboxesGalleriesTemplatesImages
I'm trying to create a template which gets rid of the hassle associated with adding images (the downloading/uploading process). You can view it here.

In the preview mode, it seems to work just fine (right)

However, the moment you exit the source editor ('Save Changes' button), it shows this:

When you click the image link, it seems to direct you to an article with the link name.

Is this supposed to happen? How can I make it work?

When an image is placed on the right of a paragraph, it does not stay in line with the paragraph and descends below the infobox when that paragraph is next to it. Although I've discovered a way to make an image stay next to the paragraph regardless of the infobox, don't you think it should do so automatically and is it possible to make it so?

Hello sorry to bother anyone. But that’s a fandom Wiki in Russian that used my drawing with out credit. What do I do?

(edited by A Fandom user)
ImagesReport

help me to fix it

Many Users have come to ask me about this on the JoJo Wiki, and I reall am not too sure what to say about it with.

JoJo's Bizarre Adventure is a Japanese Manga Series. The later parts are harder to come by, and many Users just read it on illegitimate sites. What their question is, is if it is okay to have each chapter's pages uploaded to the Wiki. I think that would fall into the copyright infringement category, but just wanted to ask around, since this manga is commonly read on illegitimate sites to begin with.

Any help would be much appreciated! THANKS!

I made a Quotation SVG on Inkscape using Rockwell Extra Bold font. But when I uploaded it to fandom, the result is an equal sign. Although when the actual image is viewed I see the quotation mark as uploaded.

See a page where I tried to implement the Quote Left but instead got an equals sign:

See the quote left template to inspect for bugs:

Whenever I click an image to open it it doesn't work and instead the page just completely reloads, anyone know why?

I recently created a new wikia to work on, and it seems to have a new layout that I am not used to working on (I assume this was an update by Fandom, as I did not select this layout). Typically, if I wanted to add a border to a file I would simply format the file as follows:

However, now, on this new layout, when I attempt that the file comes up borderless anyways. I have tried copy/pasting the exact same things between two different wikias yet this formatting will work on the old layouts but not on the new layout of the wikia I'm working on now.

Does anybody know of a different way to add a simple border around a file? This new layout has taken quite some time for me to figure out, but I've mostly gotten the hang of everything except this one small issue.

There's a lot of images on the wiki I'm working on that don't have licenses attached to them. Is there a script/tool available that can easily add licence templates to file pages?

Also is there any way to force users to pick a licence when uploading an image?

Hi! Is it possible to place this code onto my wiki?

I found this code online, and I want to customize the image and the text, but I don't know where to put this. I'm assuming this is in CSS, but do I put this code onto a template or on my MediaWiki:Wikia.css? Thanks for all the help!