Hello. SpoilerBlur is a css customization that editors can use to blur spoiler content in wikis. I added it to a wiki I'm an admin on, and it works fine, except for in mobile, as it turns out css customization doesn't work on mobile (by customizations, I mean customizations to Common.css or Mobile.css). So readers on mobile don't see any blur, while desktop viewers do.

My question is, is there something else we could use to create a similar effect for both desktop and mobile viewers? It would probably have to be a template, but I'm not knowledgeable enough to create one. And what I want is something that will hide text with minimal effect (so no collapsible box). Thank you in advance.

Well, I don't think forcing the use of blur effect on mobile would be possible, as all solutions I can think of require the use of Mobile CSS or JS pages, which are inaccessible to wiki admins, at least for now.

However, as an alternative, you can try using collapsible to hide the spoiler content, as it seems to work on both desktop and mobile skins.

First, create a template, say Template:SpoilerText, with the content being as follows: 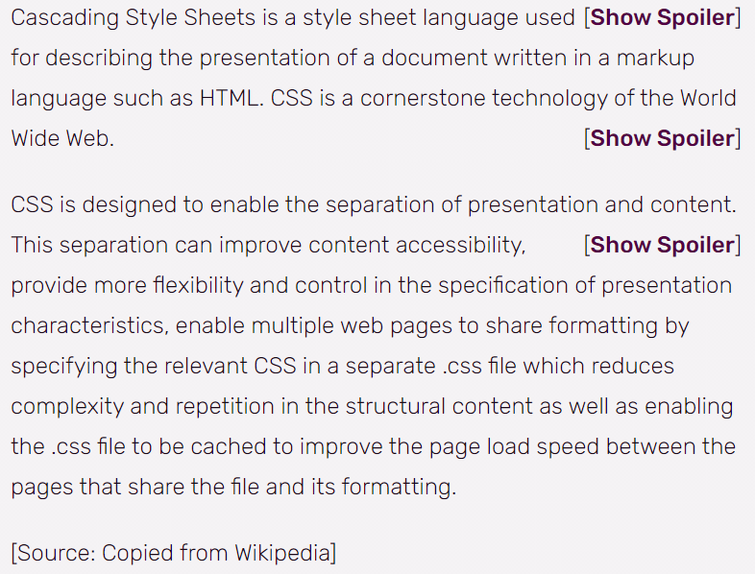 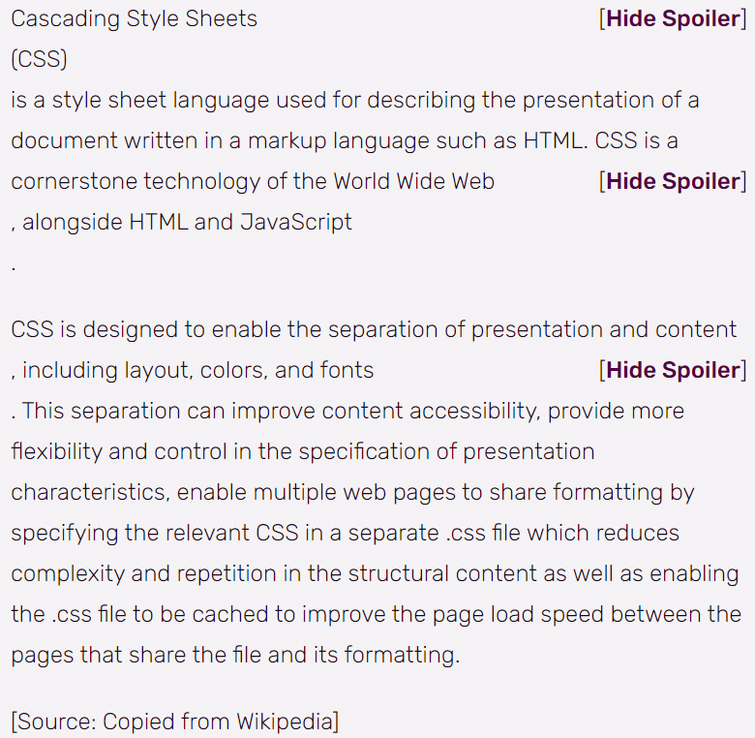 Also, it is possible to make the collapsible only be used on mobile while the desktop version remain using SpoilerBlur. To do that, all you need is to change the content of the previous template to this: