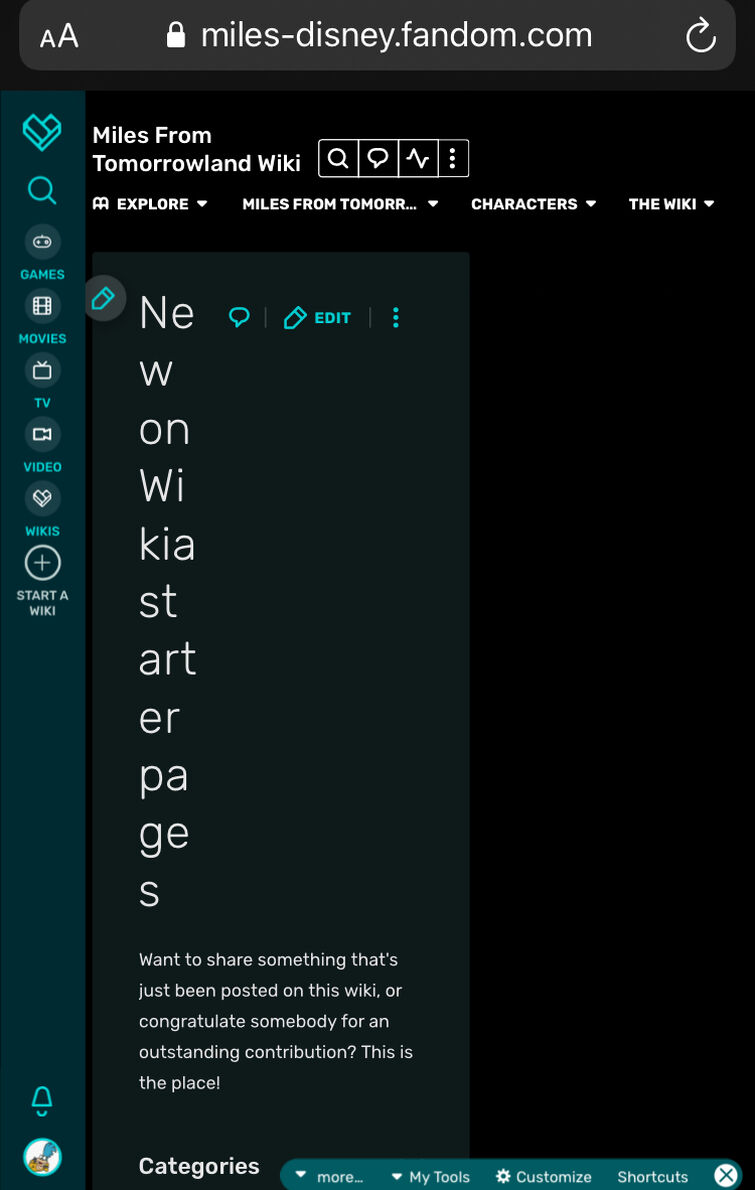 This is my current issue. When I'm on the full desktop site on my phone it crops so much off and it's barely functional. Several of my templates are cut off partially or entirely. I hope this gets fixed soon or maybe an auto scrolling function is added. I thought I was done complaining about this as I got most my templates functional on the new skin. But now this. It's only on full desktop view on mobile.

Happens to me too on my mobile - something in their CSS broke it, and it's a new problem because it was fine before (on the new skin). Report: https://fandom.zendesk.com/hc/en-us/requests/new

Have you reported this issue yet?

Interesting. I don't seem to have that issue on my phone. Although, I am in light mode. Maybe there is some difference between light and dark mode that is causing this?

I am in light mode too, and experiencing it on two different phones (and all wikis). Both phones are similar Samsung-s though.

Mine is a Samsung J so, it seems odd your phones would have issues and mine doesn't. But then again, this would not be the first time something like this happened. I think there was a similar issue with the editor when UCP first came out, yes?

That issue (desktop VE entirely covered on mobile) was never solved for me in Oasis. It does not exist on FandomDesktop, but instead there is the issue of a misaligned caret, at least with syntax highlighting.

And then there is this new issue, which didn't exist on the first days of FandomDesktop - I suspect it's a side effect of the announced fix for tablets.

The difference between our devices may have to do with a certain CSS breakpoint.